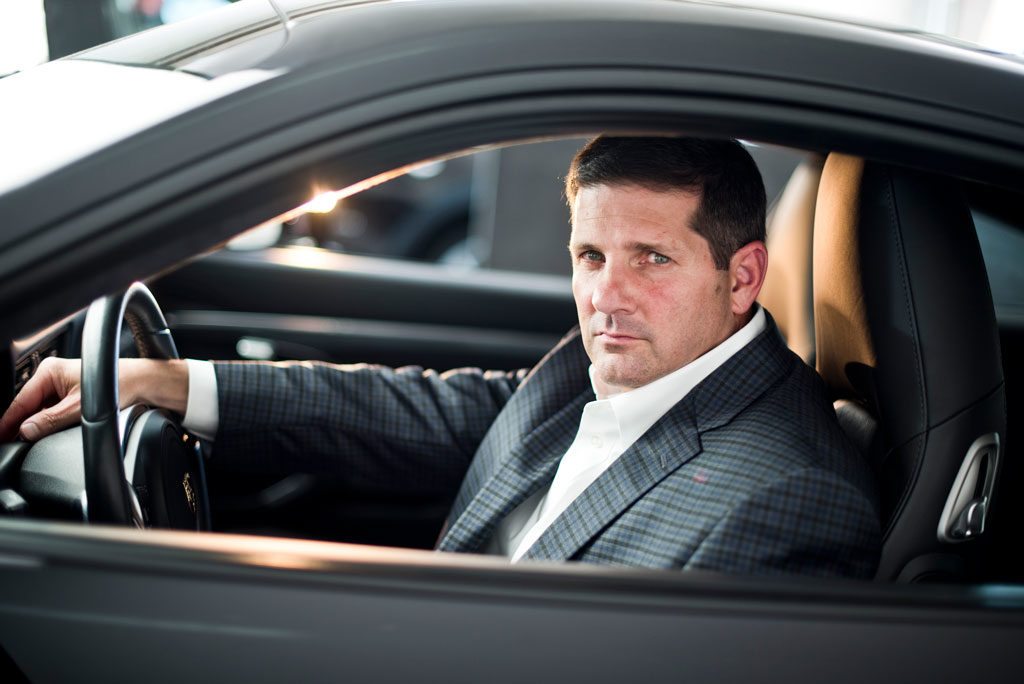 Jimmy Hiller has never forgotten the support his friends and family gave him when he started his one-man plumbing business back in 1990, and he definitely hasn’t forgotten the mentors who helped him grow his company in the years since. He’s paying it forward, by helping soldiers pursue a civilian career in his line of work.

The Nashville entrepreneur, whose company is now one of the largest residential plumbing, heating, cooling, and electrical contractors in the region, believes the best way to thank soldiers is to train them before they leave the Army and help them start a career once they’re out. Now he is investing his personal energy, and the resources of his companies and industry, to offer the program nationwide.

From Service to Skilled Trade

Transition to Trades, an approved Career Skills Program (CSP), was developed last year by Hiller Plumbing, Heating, Cooling & Electrical and U.S. Army Garrison, Fort Campbell, Kentucky. The program allows separating soldiers to receive technical training in the trades while they are still on active duty in the U.S. Army.

The CSP is authorized by the Veterans Opportunity to Work Act and includes opportunities for participation in pre-apprenticeship, apprenticeship, job shadowing, on-the-job training, and employment skills training. Soldiers who will be honorably discharged or discharged under honorable conditions within 180 days are eligible for the program.

This partnership between Hiller’s businesses and the military offers a unique advantage to participants, because they continue to receive pay and benefits from the Army while they train for civilian life. This allows them to support themselves and their families while they get the education they need for a new career.

“Soldiers have earned the right to have a great career when they leave the military,” says Hiller. “We can say ‘thank you for your service’ by helping to make sure their civilian lives are rewarding and financially secure.”

Of note is the extraordinary quality of the training itself. The training itself is conducted by Total Tech trade school, a subsidiary of Hiller’s company, and one of the most highly regarded plumbing, HVAC, and electrical training facilities in the industry.

Total Tech operates in a state-of-the-art facility in Nashville and offers a combination of classroom and hands-on laboratory experience. A visitor to the facility’s labs will encounter a remarkable array of plumbing, heating, air conditioning, and electrical systems in various states of disrepair and disassembly, as trainees diagnose and service them with the latest tools and technology.

“You won’t find a more immersive experience than we have here,” says Don Miller, Institutional Director of Total Tech. “In addition to classroom instruction, we’re presenting trainees with real-world situations, using cutting-edge equipment and tools. That’s what they’ll need out in the market, and that’s how we can give them a competitive advantage.”

A Transition to Trades participant can choose to train for any or all of the trades offered. Upon graduation, the trainee achieve status as a plumbing or electrical apprentice, or as a certified HVAC technician. So far, the program has trained 118 soldiers. Of those, 23 either reenlisted or went back to college. On August 10, another 36 will graduate.

Quality training in the trades is no small opportunity for these soon-to-be civilians. Skilled trades have emerged as an increasingly attractive career choice, in high-demand, as contractors continue to struggle to find highly trained employees.

There are a number of reasons skilled tradespeople are in demand. As the Baby Boom generation ages out of the workforce, skilled trade positions are becoming vacant faster than they can be filled. Fewer Gen-Xers and Millennials have chosen the trades as a career than did their predecessors.

Improvements in the U.S. construction markets, increased economic activity, and higher per capita disposable income for things like home improvements, are driving more work for contractors. The technology built into utility systems is advancing rapidly and has increased the demand for technicians who are proficient with the latest technology.

Of course, real payoff at Transition to Trades is a good job and a lasting career. This is where Hiller’s commitment to the soldiers is most evident.

Hiller himself was at a crossroads when a family friend helped him get his first job as a plumber’s helper. Later, when health issues cost him that first job, the same friend helped him get another position once Hiller was able to work again. He stresses how critical this kind of introduction is to getting in the door.

“Being highly trained and great at your work is only the first step,” he says. “In this industry, you need help getting that first job, because we’re in a people business, and employers want to know something about prospective employees. We can help with that. We can give them that all-important boost.”

Graduates of Transition to Trades are guaranteed an employment interview with any Hiller location they choose in Tennessee, Kentucky, or Alabama. Soldiers who prefer to return to their hometowns are given personal assistance to secure a job in those locations.

Daphne Frontz, who developed Transition to Trades for Hiller and serves as Program Manager, takes this part of her job very personally.

“I’ve known these soldiers since they first considered joining the program,” Frontz says. “I’ve seen first-hand the anxiety and uncertainty that go along with getting out of the Army, wondering how you’re going to support your family. These people become my friends. Doing whatever it takes to help them start a great job is the most important part of what I do.”

Frontz works with employers all over the country, contacting them personally, setting up interviews for her graduates, forwarding resumes and recommendations, following up after interviews, and advocating for her trainees. To date, she has placed 99 soldiers in new careers and is already working to place the August graduates. While the G.I. Bill covers the basic cost of training, Hiller pays all of the expenses associated with Frontz’s efforts to recruit soldiers into the program and place them in jobs.

“This is a very personal business to me,” she says, because what we do is changing people’s lives.”

Until recently, the Transition to Trades program had been available to Fort Campbell soldiers only, because Army regulations limited CSP travel to within a 50-mile radius of the soldier’s home station. Soldiers board a bus at 5:30 a.m. for the trip to Nashville, train throughout the morning, and return to the base around 2:00 p.m. The program offers a new training class each quarter.

In December the Army’s Office of the Deputy Chief of Staff for Personnel delegated authority to authorize soldiers’ attendance at CSPs outside of the previously restricted radius. This means soldiers from all over the country can now seek approval to attend Transition to Trades at Hiller’s location in Nashville.

Hiller and Frontz are enthusiastic about expanding enrollment nationally. Two immediate challenges are securing housing for the attendees and broadening the program’s reach and influence to create job opportunities coast-to-coast.

Mentors, Partners, and a National Network

When it comes to creating a broader network of job opportunities for graduates, Hiller is leaning on two of his old mentors, who are now his partners in a separate venture. Hiller met Jim Abrams and Terry Nicholson when he was a struggling contractor with only two employees. Abrams and Nicholson, successful HVAC entrepreneurs who had helped other small contractors learn to manage and grow their businesses, took Hiller under their wing, and he attributes much of his success to their guidance.

“I learned very early on that skill and craftsmanship aren’t enough to build a successful business,” he says. “Jim and Terry helped me become a good plumber and a good businessman.”

Now, Abrams and Nicholson are part of Hiller’s effort to help the soldiers as well. In 2016, he partnered with them to found an educational organization called Praxis S-10 Success College for Contractors, which is dedicated to teaching HVAC contractors how to manage a successful business. The happy by-product of this organization is that it has created a receptive network of contractors across the country who are ideal employers for Transition to Trades graduates.

One of those contractors is Carolina Air, Inc., in Carthage, N.C., where Operations Manager Sean Jordan is effusive about an employee he recently hired out of the Transition to Trades program.

“He’s progressed faster than any of our previous entry level technicians from other training programs,” Jordan says, “and he’s become a valuable contributor in just a few short months.”

According to Hiller, the contractors he works with in the Praxis S-10 organization are purposeful business people who have a particular appreciation for highly skilled, disciplined employees. But, in the end, it’s the special nature of these former soldiers that makes Transition to Trades it work.

“In the Army they teach you loyalty, duty, respect, selfless service, honor, integrity, and personal courage. If you had to define the perfect employee, wouldn’t it start with exactly those attributes?”