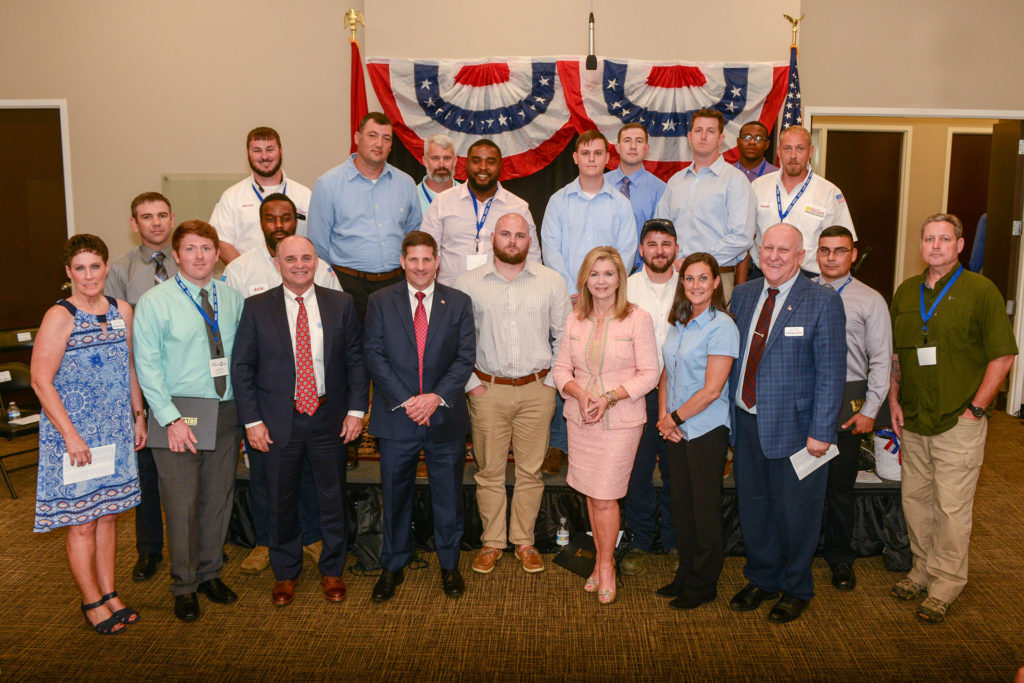 Transition to Trades, launched on July 5, 2016, allows separating soldiers the opportunity to attend Total Tech trade school (a subsidiary of Hiller, LLC) to learn valuable technical career skills while remaining active duty in the U.S. Army. Total Tech offers a unique approach to technician training through classroom and hands-on laboratory instruction in a 15,000 square foot, state-of-the-art facility. As part of the program, students are guaranteed an employment interview at a Hiller branch location of their choosing. Soldiers desiring to return to their hometowns are provided key industry contact information to aid in employment searches in those respective areas. Through its partnerships with PRAXIS S-10 and PriceFixer.com, a national success college and network for contractors, Transition to Trades has expanded to include national placement opportunities with over 150 contractors across the United States.

“Transition to Trades is life-changing”, remarked United States Congressman Marsha Blackburn during the graduation ceremony. “This program offers not only meaningful employment for the veteran, but stability to the families – who we know have also served”, she continued. “You transitioning service-members have taken advantage of an incredible opportunity. An opportunity to expand your knowledge and learn critical skills that our communities rely upon.”

Since its inception, Transition to Trades has proudly graduated 322 members from the HVAC, Electrical, and Plumbing trades. Of those graduates, 265 soldiers are now employed full-time in the industry, with 91 working full-time at Hiller, and 30 have reenlisted or gone back to further their education. The program has received United States Congressional Recognition and recognition from Tennessee’s Governor Haslam for its dedication to providing stable careers for veterans.

“It gives me great satisfaction when I think about the part we have played in assisting these great men and women to enter the trades that have been so good to me,” remarked Jimmy Hiller, founder and CEO of Hiller Plumbing, Heating, Cooling & Electrical, and owner of Total Tech School. “The plumbing, heating, cooling, and electrical trades are expected to increase by 21% over the next 4 years”, he continued. “At the same time, 22% of the existing workforce will retire, so we have jobs! Who else is better to fill this gap than the hard working, dedicated soldiers of the United States of America?”

For additional photography, video footage, testimonials, or information about the 2nd Anniversary event or the Transition to Trades program, please email rachel@mediatreeadvertising.com.

Hiller Plumbing, Heating, Cooling & Electrical, provides residential and commercial service and repair throughout Tennessee, Southern Kentucky, and Northern Alabama. As the homeowner’s premier provider of choice with a 100% satisfaction guarantee, Hiller is Tennessee’s largest residential and commercial plumbing, heating, air conditioning, and electrical services provider. Hiller, a 12-time honoree to the Inc. 5000 List, recently named to the list of fastest-growing private companies in Middle Tennessee and “Best in Business” from the Nashville Business Journal, employs more than 630 associates, boasts a fleet of 480 “Happy Face” trucks across 15 locations, and has responded to over 1.4 million service calls. For more information about Hiller, visit https://www.happyhiller.com or e-mail press@happyhiller.com.